Ripper signing for the 'Bees. Hoping they are finals bound for 2019. We need more standalone clubs up there at the pointy end of the season.

Great by the bees. Being a pokies stand alone expect sustained success like Port and Willi, as for our mob and Franga..let's just hope we can keep going.

Michael Barlow will return to his home state in 2019 after signing for VFL outfit Werribee.

Barlow was cut by the Suns at season’s end after 15 appearances in two seasons, taking his total AFL games tally to 141. 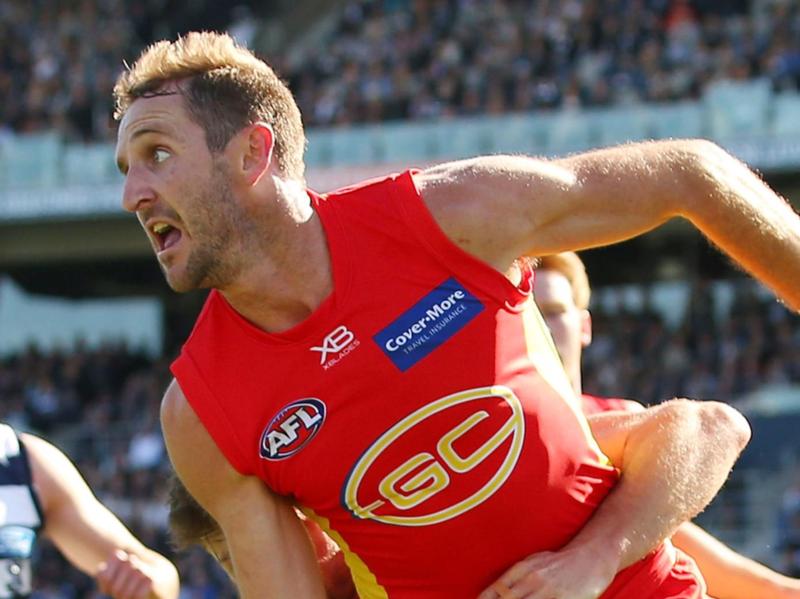 Michael Barlow will play for Werribee in 2019.Picture: AFL Media

Barlow played 38 VFL games at the Tigers before getting his chance at AFL level with Fremantle in the 2009 draft.

“I’ve always had a really strong affiliation with the place through the opportunities it first gave me,” Barlow told the club website.

“It all feels pretty familiar, though there’s obviously a really new exciting facility.

“The ability to continue to play and get that fix while upskilling myself under Mark Williams in an assistant coaching capacity and working with some really driven players appealed to me pretty strongly.”

Werribee have lost two of their best players from last season to Gold Coast, with defender Sam Collins and forward Josh Corbett both getting picked up as mature-aged recruits under special AFL dispensation rules for the two bottom teams.

It’s a second chance at the top level for ex-Docker Collins, who was delisted by Fremantle at the end of 2017 after 14 games in two seasons.

"Great by the bees. Being a pokies stand alone expect sustained success like Port and Willi, as for our mob and Franga..let's just hope we can keep going."

Dont worry about Franga...Very solid foundations have been laid, but success is not going to happen for a few more years yet. Expect FFC to become a power in this competition when they are free of the financial constraints in place at present.