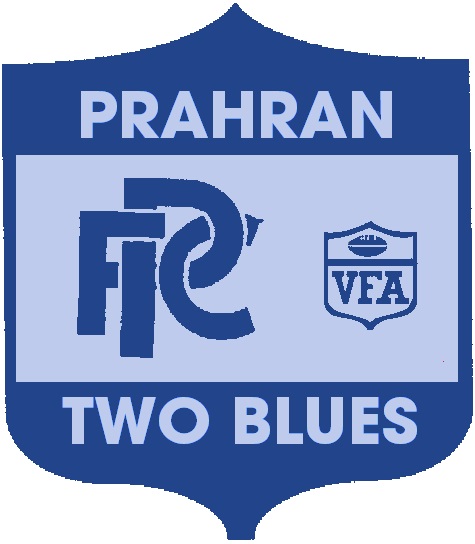 As I said on another Football forum, I don't change these pictures because of "I think" or "I believe". What I want to make changes is photographic proof to the fact of it being wrong. I have changed the jumpers on one of these pictures before, only to find out that I was correct in the first place. I then had to recreate what I already had created for the picture.

The first picture below is of the 1948 Brunswick team, which does have all black long sleeves. But as only 5 of the 18 players have sleeves in this picture, so it is better to represent this with an unsleeved jumper.

The second picture below is of a Brunswick team rom early last centurary. It was the reason why the third jumper on the Brunswick picture is there. Actually I should add sleeves to this picture as all the players are wearing sleeves in this picture. Another reason why I do most pictures of jumpers in no sleeve versions is because that is how most people see jumpers today.

No problem, having been a VFA follower since the late 1940s I never saw Brunswick wear anything but the black back and black steves jumper and sometimes in the middle of winter most of their team would wear long sleves due to the muddy state of Gillion Oval

The Sandringham jumper I mentioned lasted maybe one season and like most unsuccessful clubs like the zebras at that time they think a change of jumper maybe help their fortunes !

Keep up the good work.

I always thought that St Kilda had the Red Yellow and Black before WW but changed the yellow to white because the red,yellow and Black were the Geramn national colours.

The four designs below, from www.footyjumpers.com shows the jumpers of the St.Kilda Football Club at the time. The first one was the design from 1910 to 1914. The second design, the first under the colour change, was from 1915 to 1918. The third design was from 1919 to 1922. The fourth design was for 1923 and the return of black, red and white.

is Sandy playing in St Kilda jumpers at Moorabbin next season a fait accompli? If so, that will probably finish off the remaining faithful. That would make me sick in the guts if i was a Zebra supporter.

You are no wrong wally why not just f+++++ call them St Kilda reserves and be done wtih it thats what will happen in 2019 unless some people grow some balls and go stand alone What a bastard way for a great club to wither and die by their own doing!

Wonderful Sandy people like Ian Mackenzie,JIm Bisset,Neil Bencraft,Len Toyne,Fred Webster and many many others would be shaking their heads if this gutless decision comes to pass!

I knew at some stage St Kilda did play in Red Black and Yellow That Sandy jumper you are talking about was the one that had the monogram on it.