Less than eight weeks into the season, North coach Brad Scott is already seeing the benefits of the club’s own VFL team.

Scott believes the ability to shape and implement a variety of different roles for individual players will only benefit the club in the long-run.

“Having our own VFL team is absolutely huge for us,” Scott told RSN.

“It’s not something that wins you games each week, in terms of ‘that was the difference this week’, but over the pre-season and home-and-away season, it does make a difference.”

Already this year, North has had Sam Wright, Mason Wood, Cameron Zurhaar and Majak Daw spend time in the reserves, and go on to earn AFL selection.

Star Demon Jack Viney will return via the VFL 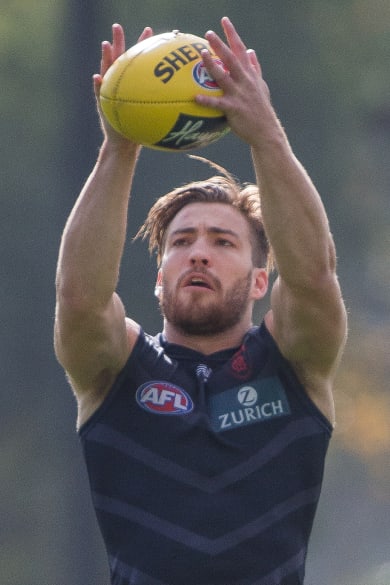 Star Melbourne onballer Jack Viney will make his much-anticipated return from a foot injury in the VFL.

Viney is yet to play at AFL level this season as he has dealt with ongoing complications associated with a foot stress fracture.

The co-captain had been desperate to return on Saturday when the Demons play Gold Coast at the Gabba.

But he will play for Casey against Box Hill on Sunday at Casey Fields.

"He's going to play in the VFL, so it's obviously a slightly cautious approach by us," coach Simon Goodwin told reporters on Wednesday."We want to make sure that we really finish off his rehab and (help) his ability to get back to AFL right.

"It's great that he's back playing, but it will be at VFL and we'll have to wait one more week (for him).

"He's a determined and competitive young man but, ultimately, sometimes we have to make the decision that's in the best interests of him."

The 24-year-old hasn't played at any level since Melbourne's round-21 win last season over St Kilda.

He missed just two games after undergoing surgery last year to relieve plantar fasciitis in his right foot and later admitted he came back to soon.Viney worked through a modified pre-season program, but grappled with ankle and toe niggles - an unintended consequence of a change in his gait.

"Obviously, we want to get him back in the AFL team but we just think that he's been out for nine months," Goodwin said.

"We certainly prepared him to play AFL footy, but we think the best approach is to play him in the VFL to make sure he's 100 per cent ready to go."

Christian Salem is in the mix to play against the Suns after missing last week's win over the Saints with a broken thumb.

They pour over countless hours of vision of almost every game around the country.

They pick through all the data and are entrusted with making decisions that have a long-lasting effect on the club — good and bad.