From the Port Melbourne official site.

The Borough have locked in another component of their 2019 playing list with the signing of Tasmanian youngster Harrison Pearce.

20-year-old Pearce is a product of the Glenorchy Football Club who has played most of his career as an explosive half-forward flanker.

A badly broken leg in the first round of the 2016 state season ruined his initial draft prospects, but Pearce’s speed and goal smarts have kept him firmly on the radar of AFL recruiters since then, best indicated by his attendance at the 2017 State Combine.

Season 2018 saw Pearce move to Queensland to play for Aspley in the NEAFL, where he managed to boot 14 goals across 10 games, including consecutive hauls of three against the Sydney Swans and four against Redland.

He’s now made another big move to Melbourne to chase his football dream in the VFL, and we’re delighted that he’s chosen the Borough to do so.

Welcome and good luck to ‘Harry’!

In sadder news, Paul Amy has tweeted that Lucia's Cook may be on the move. A quality player and big loss for the club. 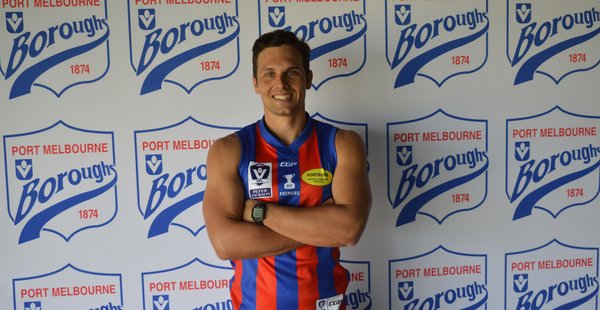 Port Melbourne have pulled off another massive recruiting coup ahead of season 2019 with the signing of ex-Western Bulldogs and Sydney midfielder Patrick Veszpremi.

Now 29 years of age, Veszpremi, played 23 games across six seasons with the Swans and Bulldogs between 2008 and 2013.

Since then, Veszpremi has spent time at Pascoe Vale Football Club and Doutta Stars, and been a star performer for both clubs.

Keen to once again prove himself at VFL level and achieve team success, Veszpremi at his best can be expected to be a damaging player in the red and blue.

Football Manager Anthony Piccolo said Veszpremi could prove to be a “real weapon” for the Borough.

“Patty is incredibly versatile, he’s got unbelievable foot skills, can read the play and his AFL experience will be a real asset for us,” Piccolo said.

“We’re really excited about what he might be able to bring.”

Veszpremi, initially taken with pick 11 by the Swans in the 2007 Draft, has always been a highly-touted and impressive prospect, who can be expected to slot in to the club’s 2019 playing group and prove to be an extremely valuable addition.

We welcome Patty to the Borough, and wish him all the very best of luck!

The Veszpremi deal reminds me very much similar of Valenti in 2017, a player that went away from the scene and wants to come back.

Other similariries -  Valenti was also 29 when he tried to make his come back and both vying for a place in a very competitive position (although you could argue with the loss of Nahas and Conways injury that Ves hasn't got as much competition that Valenti had).  As we know Valentis attempt ended up being unsuccessfull.

Not writting the kid off but at the age of 29 and being away from top flight football for a few years, will he have what it takes to be a real asset to the club ? His AFL experience was limited and several years ago now - the sort of player that Digs often says Port Melbourne recruits. 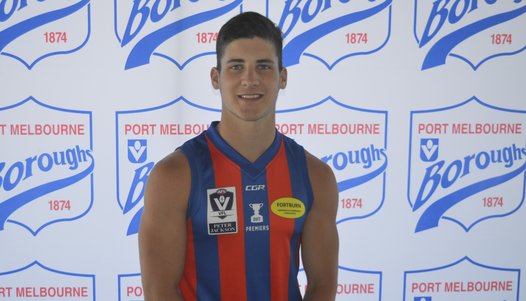 Port Melbourne have signed their fourth addition to the 2019 playing list with the official recruitment of promising young midfielder Perry Lewis-Smith.

After a strong 2016 TAC Cup season with the Sandringham Dragons and the best beep test results out of all the TAC Cup players (15.7), Perry narrowly missed out on being drafted.

Perry, 20, now joins the Borough having been listed with the Casey Demons and Frankston in the past two years; however he spent the majority of season 2018 with Pines Football Club, where he was named as Best on Ground in their incredible after-the-siren MPNFL Grand Final victory over Sorrento.

Perry has come to Port Melbourne to continue chasing his dreams of playing AFL, and Borough fans can expect to see a strong-bodied midfielder with elite endurance levels, clean inside skills and ability to hit the scoreboard.

We welcome Perry to the red and blue, and wish him all the very best in season 2019!

Some tough news out of North Port Oval today as Lucas Cook, Vjovo Rainbow and Luke Tynan have announced they are moving on. Ad the earlier announcement of Robin Nahas and the recruiters have a bit of work to do. Port will need some good signings should they wish to stay competitive next year.

Sad to see premiership players go, and will make for a new look backline in 2019.

Some significant losses especially Cook,Mascitti now looking at offers too from other VFL clubs.

Anything wrong down at the Borough?

Mascitti on the move? Shit that would be a massive shock and loss.

Surely Port can offer some more $$$ with a few senior departures.