When it comes to a football club making the best of its lot, Port Melbourne is up with the best.

The standalone VFL club are hurting like many others who have seen their seasons shutdown due to the coronavirus outbreak but they have dealt with these challenges before.

The Borough have had to make the most of every dollar to remain competitive against AFL affiliated clubs and AFL clubs who field reserve sides. 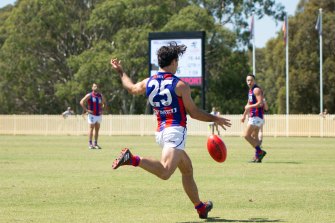 While AFL clubs are battling with how to cut millions from their budgets, clubs like Port Melbourne are perhaps a little better equipped for a cold winter without football.

"We are in a better position, to a certain degree, because we are used to running with a lot less," Port Melbourne chief executive Paul Malcolm told The Age on Monday.

"Pretty much every dollar in is a dollar out and we are used [to] those constraints whereas those AFL clubs have bigger buckets of money and can put more staff on.

"Being able to limit expenditure was one of the easier things, if we are not playing then that's a lot of money we are not spending."

Some in the VFL doubt the season will get underway but clubs still hold out hope they can have some kind of season in 2020, even if it's only 10 games.

The five standalone clubs have a teleconference each week to trade ideas and check in with each other while all VFL sides have a separate weekly meeting. 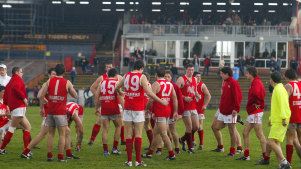 But if social distancing restrictions remain and the VFL has to play without crowds, Malcolm said he couldn't see standalone sides playing.

"Maybe we get a five games at home, five away scenario but is that enough?" Malcolm said.

"Would that be with crowd or without crowd? That’s a massive factor for the standalone clubs, if we don't have crowds then it's almost not worth us playing because of the cost involved in paying players, staff etc to get the team on the ground with no revenue coming in.

"We keep talking through those scenarios and what would work, what wouldn't."

Port Melbourne have their four full-time staff, including long-time coach Gary Ayres, who are either on leave or significantly reduced hours.

Their players and game day staff are also stood down with most of the players on match fees rather than base money. Malcolm hopes they can access JobKeeper payments for staff but it could be harder to receive that money for players and game day workers due to the seasonal nature of their positions.

The Borough also has a side in the AFL South East Women’s League whose season is on hold.

Port Melbourne operate the Sandridge Events Centre, which is based at North Port Oval, but it is shut down due to social distancing and public gathering restrictions.

"We are not getting the money from the gate, the food sales and bar sales, but it's more the events centre that we can't use, which is causing us a bit more pain as it's sitting there idol," Malcolm said.

Most of the standalone clubs have function centres, which run everything from weddings to conferences to birthday parties.

"We had two local companies with multiple bookings of four or five day sessions over the next six months and they had paid their deposits. They've been very good and said they would re-schedule when we are up and running again." 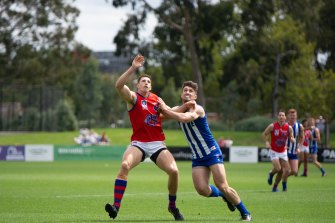 Malcolm hopes once restrictions ease, a host of functions will return in September and October as people make up for missed events.

The football club is also planning to have monthly fundraising events for players, sponsors and supporters once social gatherings return.

Behind the scenes they are working on ways to offer sponsors and members discounted deals over the coming years to make up for this year.

"We have set ourselves up pretty well to be able to weather it but, obviously, it's not going to be nice," Malcolm said.

"It will get down, once that decision is made, to individual conversations with all our sponsors who have paid for this year about next year and beyond.

"We feel the bulk of our sponsors will stick with us, at the moment we feel like we have set the pace and are right to get through it."