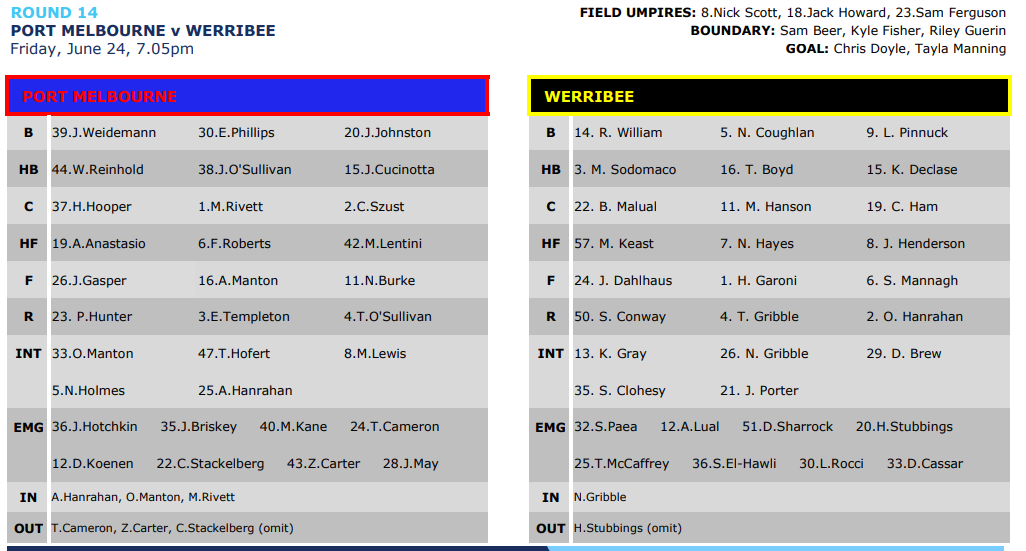 Let's hope the weather holds off and we get a decent turn up!

Excellent crowd and a heartstopper of a finish. Port kicking the only 7 goals of the first half, then only kicking one for the second half.

Luckily the Borough held on by 3 points in an entertaining game if footy.

... And the Lights. Wow!! That's a story in itself.  At the presidents dinner they were talking them up only for them unfortunately go off! When they came back on they were at a fraction of their brightness. Hopefully the issue can iron out the problem quick smart. It was a bit disappointing given the hype. Oh well.

Pleasingly I was mistaken with the crowd predictions, probably sends a message that we still have plenty of fans who are happy to turn up at the right timeslot. Perhaps night footy is the way to go ?

Interesting game one that you don't often see, Port dominated in the first - alot of that had to do with great defending - dunno what was said in the rooms at half time but Port switched off and Werribee dominated, another few minutes I feel they would have done a Box Hill over us.

Crowd in great spirits despite the lack of power at the ground (for a while there it was cash only) definitely didn't put a dampener on events.

I think twilight football would be the way to go, First bounce at 5. Allows people to get their Saturday obligations out of the way and then get to the ground before it freezes.

If Frankston is any sort of a guide night footy is the future for the VFL, especially Friday nights. Crowds have been very good every game.