If it means the other VFL clubs need to do likewise or receive the bare minimum pay to get the season to go ahead then I am sure they will go for it. The AFL will still have many obstacles. Much less for local and VFL teams.
The VFL could start in July and have a short 10 week season. Even if they start with no crowds. As the season progresses gradually they can let people in when the restriction begin to ease.
Of course there is always a likelihood of a second wave which would throw everything out the window. Australia is in a far better place than many other parts of the world.

When the AFL season started this year Gill said if player gets CV-19 the season will be suspended. I wonder if this still applies.

Can't understand why AFL players will be safer playing against other AFL players and not vs state league players. Is testing going to be more extensive ?

In announcing a $40 million fund to help community sporting organisations "keep the lights on", Pakula said even if local sport returned to play in 2020, it was unlikely canteens or club bars would be permitted to cater for large numbers of people. 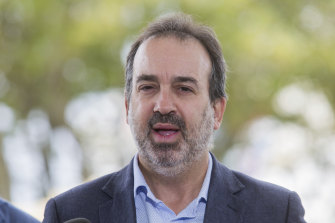 "The ability of community sporting clubs to earn revenue, we recognise, is significantly compromised at the moment, for a very good reason though, it's about keeping the community safe," Pakula said.

"Much of their revenue comes from things like kiosks, gatherings, whether it's after matches, which is not allowed and is not likely to be, those sort of crowd gatherings.

By the sounds of it could be many more very boring stay at home weekends in 2020.
Reading that statement not looking flash for any local or vfl footy.
We might be stuck with crowdless lifeless AFL games on TV. Test Pattern !!!
A second wave would put an end to McLaughlin and co for 2020

Get out those videos Georgi this will be the time to look at those hundreds of hours of footage you have. Come to my place and bring the Heidelberg v Adelaide footage you filmed from the sacred Olympic Village !

As for kiosks not open, a bit harsh - fis n tsips are allowed to open, take away food is allowed to operate nationwide other than at a sporting club??? Makes no sence but then again theirs a lot that doesn't make sence this year in this crazy, crazy changing world.

Looks like the afl will have to wait longer as the crows and port are abound by sa strict rules. West coast for gold coast. McLaughlin's face priceless. All gloom. The year 2020 ??? One to forget all round. Winter is not even with us. What is the crystal ball say for the months July to October?? Anyone willing to have a guess. My guess is expect the unexpected. Mega I am currently watching solo one a spinoff of matlock police filmed in emerald and the surrounds of the puffing Billy. Series was made in 1976.

Robbo if you get any news on local footy or rumours please post. At the moment I have to say not looking great for a start in 2020.

I think (or hope) we will know more by Friday

How bloody bored are you.