With the AFL expected to announce the new competition in the next fortnight its time for the ever popular topic of Port Melbourne player movements to return.

A big loss to begin with - Jarryd Blair is off. Had a great season with Port and probably played his best footy during the finals. Will definetely be missed as he departs to fulfill some coaching duties (I believe he is coaching Wonthagi Magpies).

Despite some talk during the week about Gary being linked to the North job - as Northport said in another thread Port Melbourns longest serving coach - Gary Ayres is expected to be at the helm again.

Blair is a big loss. Good luck to him for his country coaching move though.

The North Melbourne coaching position is an interesting one. Certainly no one at the Borough would begrudge Ayres putting his hand up for the job.

I feel your right, nobody would hold it against Gary for leaving to pursue a AFL job, obviously the same applies for players as well. I think the biggest sticking point in getting the job is that North want applications and i dont think Gary wants to apply - he would rather be invited by North to go down for a chat. A bit of a stalemate. Hes thinking is, i already have a job i enjoy if they are interested then they can contact me and if not all is well and good.

I’m cautiously optimistic particularly about 2021.. when the heat was on we were exposed pretty badly through the midfield this season.. you can’t ignore it...

We really need to turn that around to be competitive next season. And I’m not sure how we’ll do it with the current personal..
I don’t think the mix in the midfield is great at the moment- they haven’t yet clicked and are beaten far too easily without resistance- we need to be better defensively at the clearances to stop opposition just walking it out of the middle and giving it to their forwards on a platter..

The foot skills of our mids are a real concern aswell with the game plan Clarko is trying to execute - we no longer have the luxury of Hodge, Lewis, Mitchell’s ball use. If you are slightly off by foot - you’re exposed badly the other way and JOM, T.Mitchell and Worpel + others have all had kicking issues at certain stages..

The ruck situation is becoming a real issue aswell with McEvoy aging and Ceglar beaten all year- too often we are giving the opposition easy first use of the footy..

The forward line mix although not getting great supply is still up in the air- do we roll with Patton, Lewis and O’Brien + Gunston?? We’ll need to work out the best mix and most likely one of them is squeezed out..
Another issue- can we find a small forward to provide that forward pressure we are desperately lacking?? Too easily the opposition seems to take the ball out of our forward line and down the other end.

Defense is looking reasonably settled although Sicily’s leadership will really be missed particularly as Stratton will be gone. We’ll be quite young down back and this might lead to Frawley getting another season to help settle things. We’ll have to find his replacement at full back quickly though- he is aging and will be another year older and slower in 2021..

A lot to work on but with such difficult circumstances this season it was beyond tough...

Having said all that, I wouldn’t be surprised at all with a few changes to personal/gameplan and presumably an easier fixture with some games back in Melbourne we could be back up and about before you know it.. then again it could go the other way and we could be in for a tough year if we don’t fix some of these issues..

Welcome aboard Steve7876.  You've strayed a little off-topic on this one

Expect some big announcements from Port Melbourne in the next fortnight.

Your right Digs - due to the quality it brings to the club Port often has big announcements - i can see you rubbing your hands in anticipation !!! 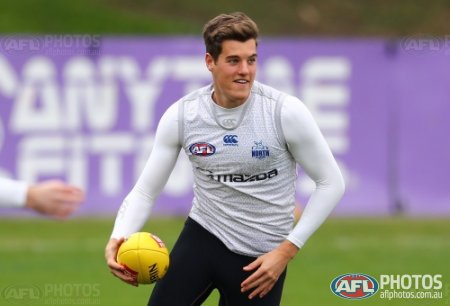 Originally from Queensland and drafted to the Kangaroos with pick 34 in the 2016 AFL National Draft, Watson was delisted at the conclusion of the 2019 season having spent the majority of his time plying his trade with the Roos’ VFL team.

Most recently, Watson averaged 12 disposals across 14 games at 75% efficiency with North Melbourne VFL and had signed with Aspley in the NEAFL prior to the eventually-cancelled 2020 season.

Ironically, Aspley will lock horns with the Borough in the new-look 2021 competition.

Port Melbourne Football Manager Glenn Balmforth said that the Borough were delighted to recruit a player of Watson’s calibre to their program.

“We spoke to Declan ahead of the 2020 season, but due to Uni commitments he decided to make the move back to Queensland,” he said.

“We are very pleased he is moving back to Melbourne and has chosen to play his footy at the Borough.”

At 194cm in height and 22 years of age, Balmforth said Watson had the potential to be a long-term asset to the Club.

“Dec is an athletic defender who moves well for his size and reads the ball incredibly well in flight; and even at that height has the ability to out-mark taller opponents as well,” Balmforth said.

“Not only does he add significant value from a defensive point of view, but he also wins his own footy and is composed coming out of the defensive 50.”

The Borough welcome Declan to the Club, and look forward to seeing him in action in 2021!

Happy with both pick-ups.  2021 is going to be a bloody unpredictable season! I'm not sure how well the ration of development to experienced talent will go.

A big week of signings for season 2021 has continued for the Borough with the recruitment of big-bodied midfielder Liam McKenna from Essendon VFL.

Having already secured the services of former AFL-listed players Patrick Kerr (Carlton) and Declan Watson (North Melbourne) in the last few days, 28-year-old McKenna joins Port Melbourne having put together an impressive resume of achievements at state-league level, both in the WAFL and more recently in the VFL.

Originally from Western Australia and having been an Under 18 representative in 2010, McKenna went on to average 23 disposals across 69 games playing for both Perth Demons and Peel Thunder in the WAFL.

McKenna then transferred across to Victoria to ply his trade with Essendon’s VFL team in season 2019, where he averaged 20 possessions and, significantly, was also a member of their VFL Leadership Group.