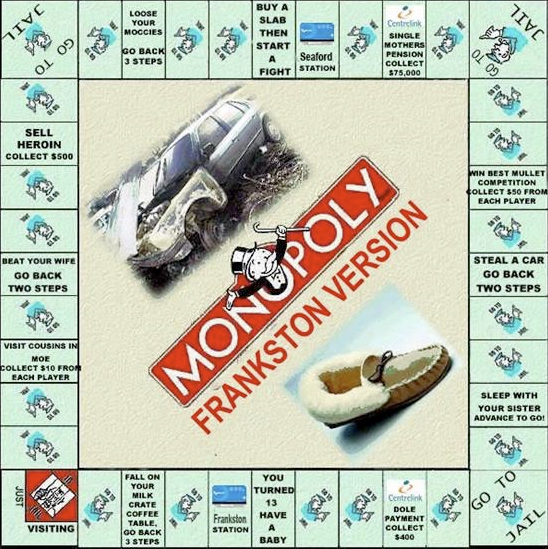 A bloke calls his mate, a horse breeder, and says he's sending a friend over to look at a horse.

His mate asks, 'How will I recognize him?'

'That's easy; he's a dwarf with a speech impediment..'

So, the dwarf shows up, and the breeder asks him if he's looking for a male or female horse.

So he shows him a prized filly.

So the breeder picks up the dwarf and he gives the horse's eyes the once over.

So he picks the little fella up again, and shows him the horse's ears.

'Nith earzth, can I thee her mouf?'

The breeder is getting pretty ticked off by this point, but he picks him up again and shows him the horse's mouth.

Totally mad at this point, the breeder grabs him under his arms and rams the dwarf's head up the horse's fanny, pulls him out and slams him on the ground.

The midget gets up, sputtering and coughing.

On the election trail, Scott Morrison visits an inner city high school and sits in on an English lesson where they are discussing words and their meanings.

He is invited to lead the class for a discussion about the word "tragedy" so he asks the class of an example of a tragedy.

One boy stands up and says "If my best friend was playing in the street and was run over by a car, that would be a tragedy".

Scomo says "Well no, that would be an accident."

A girl stands up and says "If a school bus carrying 50 children drove off a cliff, killing everyone on board, that would be a tragedy".

The PM says "That would indeed be very sad but it's what we'd call a great loss".

The class goes quiet and Morrison prompts them, saying "Can anyone here give me an example of a tragedy."

A boy at the back stands up and says "If the Prime Minister's plane, carrying you, Peter Dutton and Barnaby Joyce, was hit by a missile and blown to smithereens, that would be a tragedy".

Morrison is clearly pleased with this response and, making sure the TV cameras are running, says "That's right and can you tell me why that would be a tragedy?"

The boy replies "Well, it clearly wouldn't be an accident and it certainly would be no great loss!!!"