Last Saturday’s fourth and final 2019 practice match against North Melbourne certainly got plenty of supporters turning their heads, with the traditional red and blue stripes replaced by a jumper inspired by a rare occasion during the 1930’s where the Borough wore a strip containing the same insignia as displayed on Saturday.

The club liaised with several members and other stakeholders throughout the design process, and research suggests that the jumper was actually used as Port’s home guernsey during the 1930’s (pictured, below) – an era that included famous Borough names such as Team of the Century Member Stan Plumridge, Ray Julier and Ron Alsopp.. 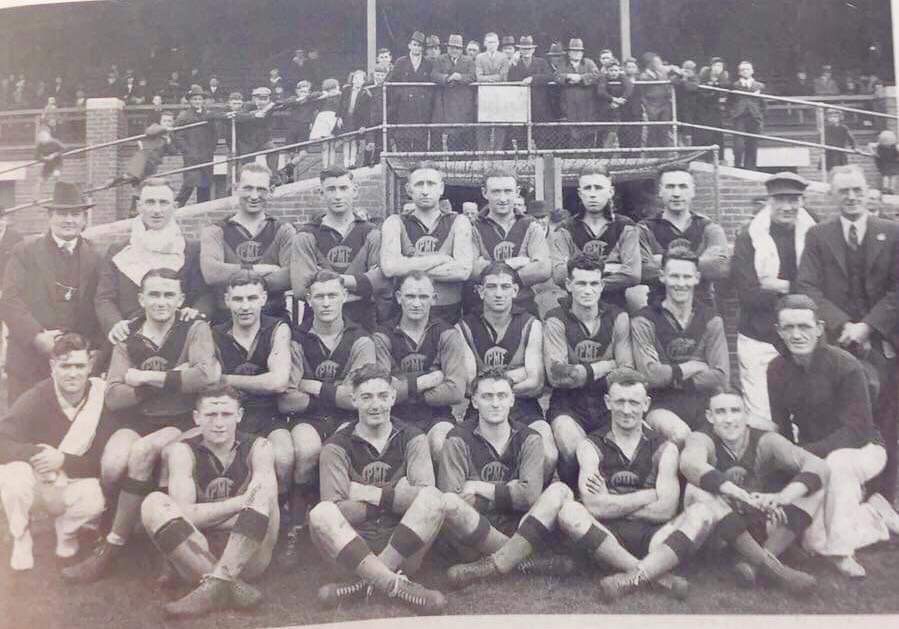 When reaching the decision, the club believed that the new strip possessed a ‘strong’ feel and held more historical significance than the previous ‘baseball’-style jumper.

Under guidelines provided to clubs by the AFL entering season 2019, it is compulsory for all VFL clubs to design and produce a clash strip that will be worn against certain clubs when playing away.

For the Borough, this means that the Northern Blues, North Melbourne and Footscray feature on the list of games whereby the new clash strip will be worn during away fixtures against those clubs from now on.

As such, in season 2019, the only ‘away’ game scheduled for the Borough to wear their new clash strip once again is the Round 4 match up against North Melbourne at Avalon Airport Oval.

The alternative strip worn over the last two seasons will now no longer be a requirement for the club to wear.

If any members/supporters are interested in purchasing these new strips, we will only be stocking them on a ‘needs basis’; and orders can be placed with an expected turnaround period of 4-5 weeks. Contact the club directly for further information.

A better photo can be found here:

You would have thought that Blue and Red stripes were always worn by the Borough right from the 1880's.

I believe we also had horizontal hoops during the late 1800s.  Don't rule that out making an appearance.