By Statement - 4 days ago 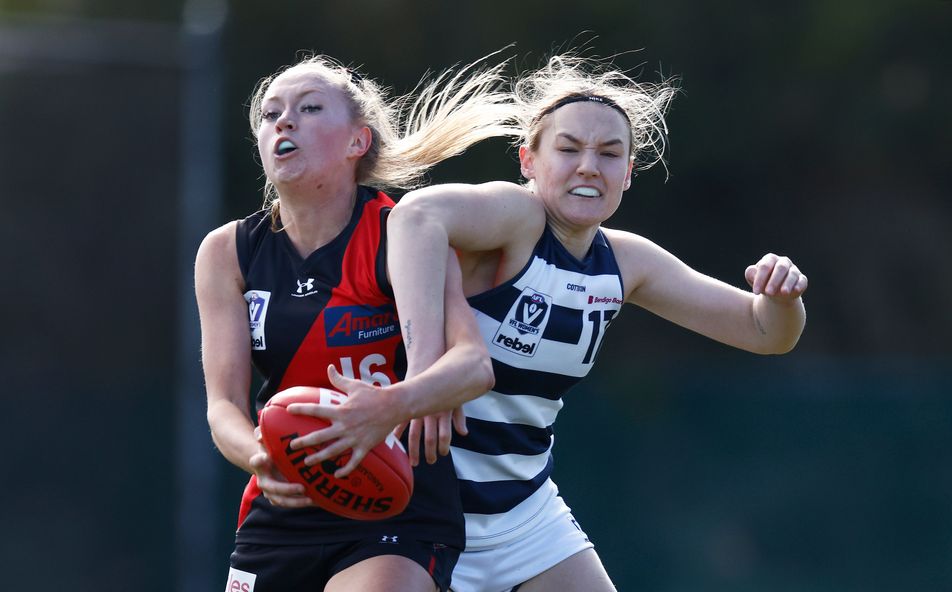 The AFL has launched the 2022 rebel VFL Women's competition with match-ups for the full season announced. Times and venues for all rounds, including round one which takes place on the weekend of 12/13 February, are to be confirmed.

Given the weekly changes to the AFLW fixture caused by the impact of the COVID-19 pandemic and with the VFLW and AFLW competitions closely linked through the competing clubs, it is necessary to wait to confirm the VFLW round one fixture when the AFLW fixture for that week is locked in.

In 2022 the premier women's state league competition in Victoria will comprise a 14 round home-and-away fixture, before six teams contest a four-week finals series culminating in the VFLW Grand Final on the weekend of 2/3 July, pending any necessary changes to the fixture.

The AFL will confirm specific times and venues for each round of matches as early as possible. There are two competition byes built into the fixture - after round five (19/20 March) and after round eight (16/17 April). There will also be a pre-finals bye on 4/5 June.

For a second season the league will be named the rebel VFLW – with the iconic Australian brand and leading sports retailer continuing its support of the highest-ranked women's state league in Victoria. AFL General Manager Women's Football, Nicole Livingstone, said: "The rebel VFLW competition provides some of the best players in Victoria and the country with the opportunity to play at the highest standard of state league football.

"2022 is such an important year for the game in Victoria after what the state has been through in the past two years, so we are looking forward to a full season of great football and for the VFLW to continue to flourish. The competition has made great headway but we can't take for granted the importance of rebounding strongly this year.

"The recently released AFL Women's Football Vision reflects our absolute commitment to building and progressing Australian Football at every level of the game for women and girls. VFLW is a significant part of that commitment and we want the competition to be as strong as it can be, while providing opportunities for hundreds of players to play our great game at a very high level."

AFL State League Competitions Manager, Jennie Loughnan, said: "After a huge amount of planning and preparation, all clubs are ready for a big year.

"The past two years have been very difficult for many with so much disruption, but the resilience and determination we've seen from clubs, players, umpires, partners and all stakeholders involved in the rebel VFLW competition shows how much it means to people. There is a lot of excitement about the year ahead.

"The competition is an important part of the pathway system, with many players progressing from the NAB League and aspiring to reach the elite AFLW level. Having VFLW clubs aligned to AFLW programs ensures a strong connection to the elite level.

"We thank all stakeholders, including the clubs and the players, for their cooperation as we've planned for the season and developed the fixture. We may face the need to adapt our fixture because of COVID forcing changes at AFLW level. We will continue to work closely with clubs and we are absolutely committed to completing a full season in 2022.

"The support of rebel and our commercial partners is critical in ensuring the ongoing growth and success of the VFLW competition, and we are grateful for their commitment to women's football."

rebel Managing Director Gary Williams said: "The partnership aims to help foster the development of the women's game in Victoria.

"With over 150 retail stores, rebel has a deep connection with communities all over Australia, which extends into every level of football, from the professional competitions to grassroots and community clubs.

"rebel is committed to growing grassroots participation in sport across Australia including specific initiatives that support the growth of women and girls in sport."

rebel will be present at all VFLW grounds and the well-recognised logo will sit across player guernseys. They key focus for rebel's partnership, however, is the development of VFLW players both on and off the field.

"Additionally, rebel is offering the possibility of flexible employment opportunities for players, assisting athletes off the field, to help support their on-field careers. We believe in the transformative power of sport and want to help all women chase their sporting goals and dreams," Williams said. 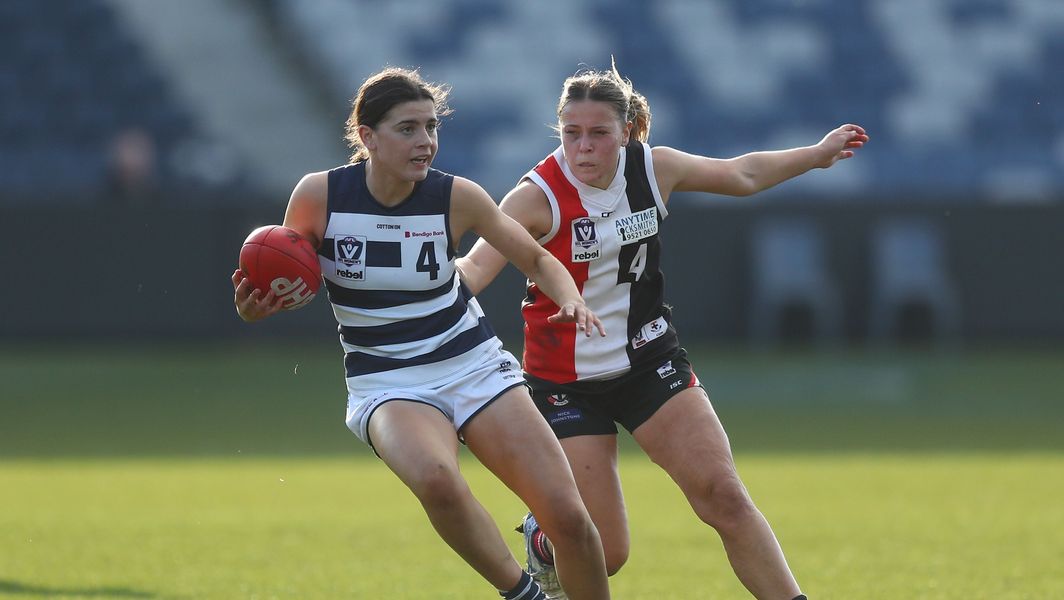 Geelong's Darcy Moloney in action during the VFLW semi-final against the Southern Saints on July 10, 2021. Picture: AFL Photos

While COVID-19 continues to impact the community, the health and welfare of all involved remains the priority and all matches will operate in a safe manner based on advice of respective governments, public health officials and medical experts. Protocols designed to protect those involved in VFLW have been communicated to clubs.

Like most football competitions across Victoria last year, the VFLW 2021 season was called off prematurely, with only the Grand Final between Collingwood and Geelong still to be played. This decision was made when it became apparent that the state's COVID situation and government restrictions would not allow the game to be staged within a reasonable timeframe. Collingwood were recognised as the rebel VFLW minor premiers for 2021 after their undefeated season. With the 2020 season cancelled, the last VFLW premiership was won by the Magpies in 2019.

The rebel VFLW competition will run alongside the NAB AFLW season and NAB League Girls, which both commenced in January. This means the full talent pathway for women and girls football from under 19s onwards will be on show at the same time.

Entry to all rebel VFLW matches throughout the season is free. Streaming and coverage arrangements will be confirmed.

In the event of fixture changes forcing teams to play a different number of games at any time during the season, a match ratio system will be used to determine ladder positions.

The VFL season is set to commence on the weekend of March 26/27, with the fixture to be released closer to the start of the season.