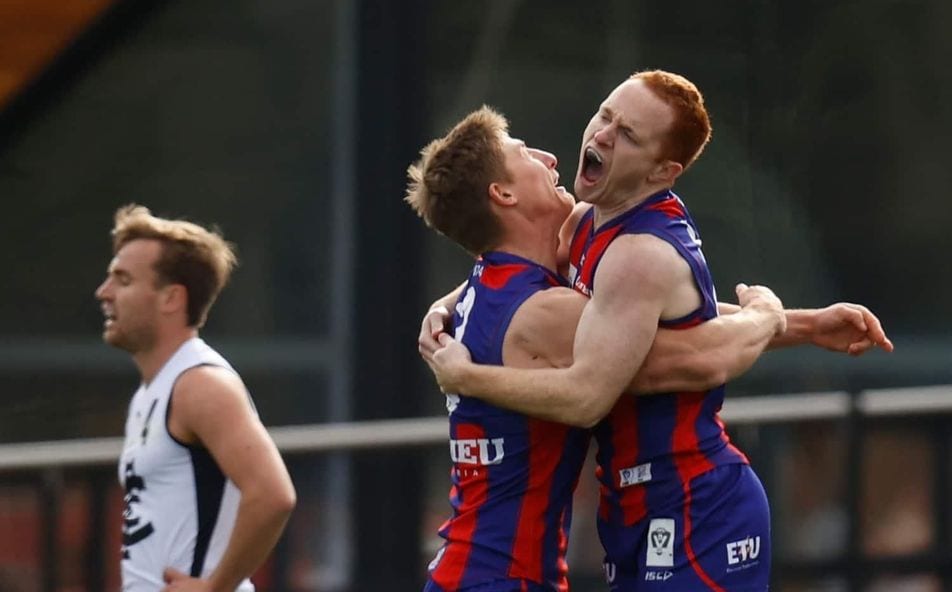 IT IS fair to say it has been a season from hell for Port Melbourne.

Things went sour right from the opening bounce when the Borough conceded 10 goals in the first quarter against league newcomers Aspley in Queensland, and despite a strong victory over Sandringham in round two, they never recovered.

It culminated in the 95-point thrashing from Frankston in Round 13, a result which sealed the exit of one of the club’s greatest coaches in Gary Ayres a couple of weeks later.

But the legendary coach, who confirmed he would not be reapplying for his position at ETU Stadium, said the problems were apparent much sooner.

"Some players came back and probably would say they were not as fit as they should have been – and let’s be honest, you make the greatest gains in the pre-season," Ayres said. 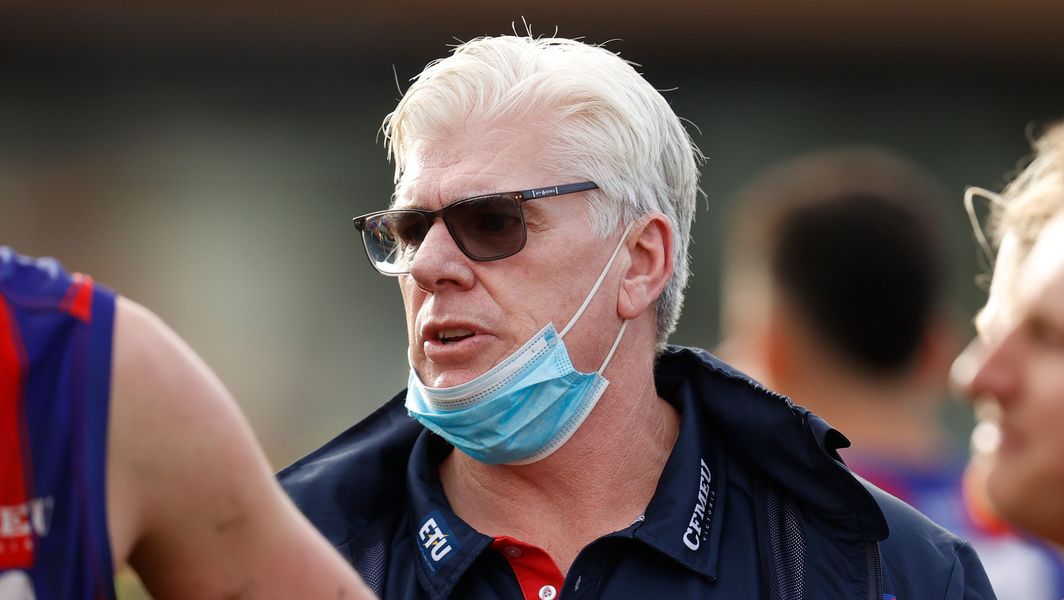 "We only came back a handful of times in December and everybody builds, but having that year off made it much more difficult to get into a state of what I think fitness should have been at when we got going in January.

"Our recruiting hasn’t generally lived up to what we thought as a group because a lot of those have had season-ending injuries or never got out of the rehab room, and in our case that included losing some real good leadership such as Jordan Lisle, Dylan van Unen, Tommy Goodwin, Jarryd Blair – you find it very difficult to replace those guys.

"We all had to live with it, and the changes to the list with only being able to have 28 (players) over the age of 22 and 12 under 22 meant our depth was exposed.

"Having said that, every game bar Frankston we were right in it until three quarter-time or into the last quarter.

"They're all just contemplations, they're not excuses, they're just reasons."

Port Melbourne lost almost 1200 VFL matches of experience at the end of 2019, while a slew of injuries including four ACLs derailed any hopes of getting back on track. Key players who stayed like Mack Rivett (2), Mitch Wooffindin (4), Callum Searle (4), Mat Arnot (4), and youngsters Port hoped to take the next step such as Harry Hunt (0), Tom O’Sullivan Jnr (2), Tom Cameron (2), Jake Gasper (3) also could not get on the park regularly enough to make a difference.

Ayres said the stop-start 2021 season had been more difficult to handle than 2020's abandonment, but he praised those trying to work around the hurdles being constantly thrown in front of them.

"It has been a difficult season, for the obvious challenges and the things that have been out there that nobody has had any control over, and I think we’re all very much aware of that," he said.

"I feel for the competition and the players within the competition, the coaches, the support staff within the football clubs, their sponsors – it's just tough when there's always that unknown, those inconsistencies, and it's outside everyone's control.

"We probably got over the hump last year when the season was closed back in July and you regroup, have your time off and then you go again, and we probably thought we'd be right early days when we put together a six-week block (of games) before things started to be somewhat interesting again.

"(It has been harder – we) would certainly walk in on a Monday or a Tuesday and wonder where things were at, and you're always looking for that glimmer of hope in everything that we do, but then we're not sure and the players would ask questions that we couldn't answer."

But Ayres did find plenty of positives for whoever takes over as coach next year, led by a young ruckman and a still star-studded midfield.

"We had 19-year-old Josh Hotchkin who was leading our rucks all year against guys like Paddy Ryder, Levi Casboult and Tom Campbell – he's learnt some really valuable lessons on where he wants to go to take his game and his career forward," Ayres said. 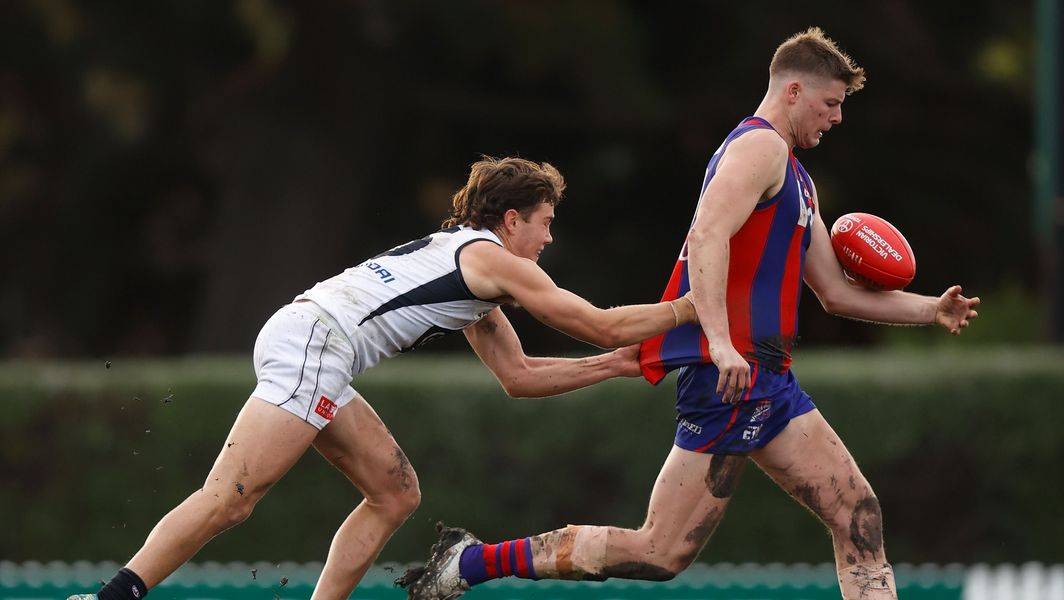 "We got games into those boys who are just learning how to play footy – Jeremy O'Sullivan got games, Ethan Phillips played every game and showed a lot of courage because he was pretty banged up throughout the year.

"Eli Templeton's form has been absolutely outstanding – him, Corey Wagner, Nash Holmes and Harvey Hooper would be four that would figure pretty prominently in our best and fairest.

"Even someone like Ben Jolley, we know he is in the twilight of his career, but for him to get himself up after a pretty significant injury at the back end of 2019, and Anthony Anastasio came back from what ended up being two years out with an ACL in 2019.

"Campbell Walker also showed that he has improved his football again this year and was able to play a bit more in the midfield." 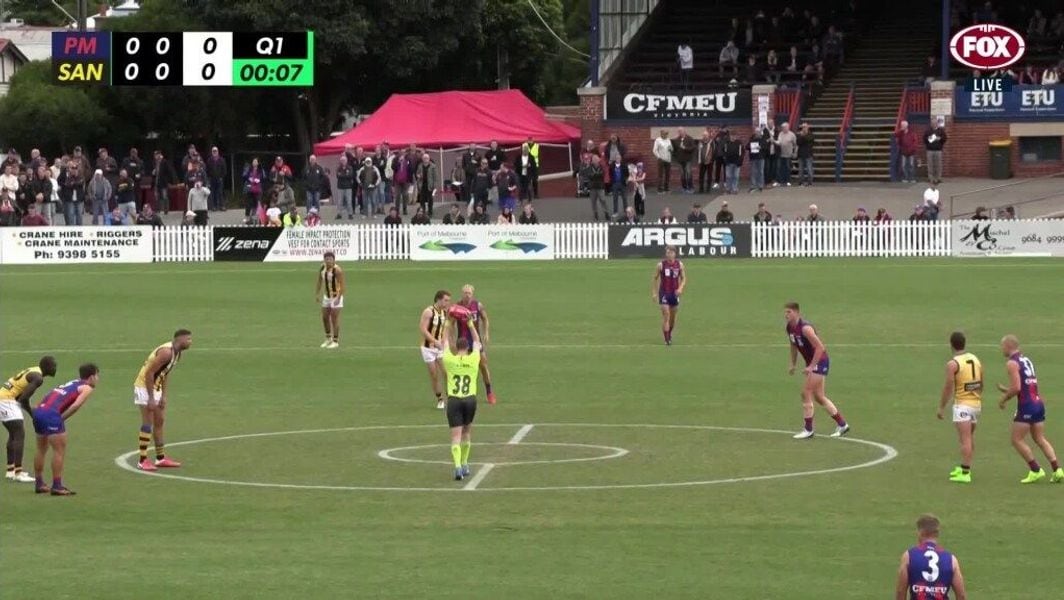 Ayres reiterated he wanted to coach Port Melbourne again, and now that was not possible, was keen to take a top job elsewhere.

He said he had fielded numerous phone calls from suburban clubs.

"The club has been talking about a different role for probably two or three contracts now and it was put forward to me again about a month or five weeks ago now and I declined that role, (so they said) they were going to throw the senior coaching role out into the coaching market," he said.

"They gave me the chance to apply for my job, and I politely declined that as well – while the option was there it was pretty easy to see that my time at Port was up.

"I think 14 years and where I see my ability to coach the club with the assistance of amazing players and amazing support staff, coaches.

"I have been quietly chuffed that there has been some phone calls from people reaching out to see if there is some interest from my point of view – and there is because I would still like to coach."

What went right: The 26-point win over Sandringham in Round 2, when the Borough overturned a 23-point half-time deficit, and Anthony Anastasio’s successful comeback from a 2019 knee reconstruction. Eli Templeton and Corey Wagner were outstanding and games were given to youngsters such as Ethan Phillips and Josh Hotchkin.

What went wrong: What didn’t? From the horror start against Aspley, to the injuries to key players, to the thrashing at the hands of Frankston and finally the axing of one of legendary coach Gary Ayres. Things can only get better for such a great and proud club.

Best and fairest prediction: Wagner and Templeton should have it between them, with Harvey Hooper to make up the trifecta. 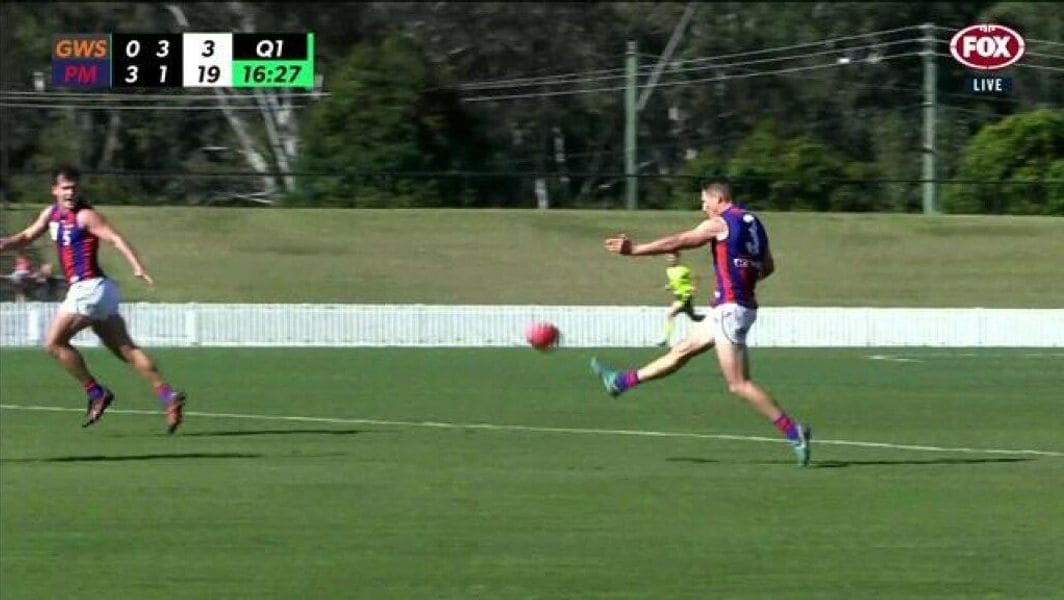 Best young players: Hooper would be in contention for the Fothergill-Round-Mitchell Medal, while Josh Hotchkin and Ethan Phillips have promising futures.

Coach status: Ayres has departed after being asked to reapply for his job late in the season, meaning the Borough is in the market for a new mentor who will have huge shoes to fill but plenty to work with.

Keep track of your VFL team via our all new VFL Match Centre, which features live scores, team and player stats, match timeline, events summary and even Fantasy points. Check it out here.

Let’s Band Together with TAC. We all have someone to drive safely for.

It will now be a very tall task for whoever gets the Port Melbourne coaching position next year.

I feel that we will likely lose a lot of talent in the off-season, and we could be in for 3 years of rebuilding.

When you look at those numbers of games played by the senior playing group it shows what an unstable season we had.