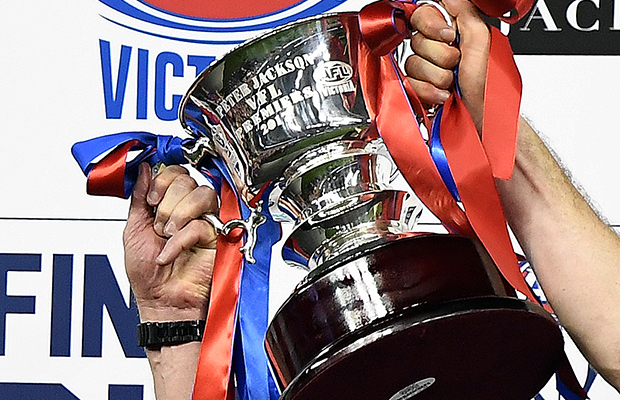 And whether it was genuine theft, a joke, or misplaced – club officials are desperate to get it back.

They’ve put out a plea to the public.

Jen Pryor, the VFL club’s vice-president, spoke with Tom Elliott about it on Tuesday.

Click PLAY below to hear more on 3AW Drive 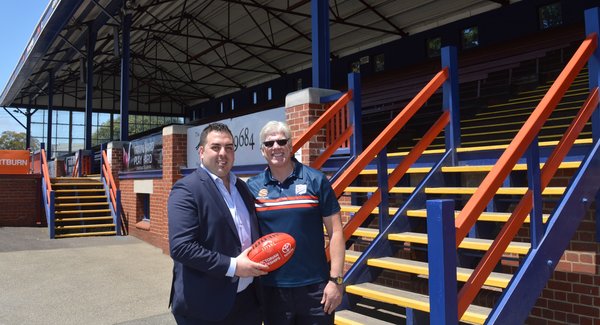 The Port Melbourne Football Club is pleased to announce its ground naming rights partnership with Adcon Vic. North Port Oval will be known as Adcon Stadium for the 2019 VFL and AFL South-Eastern Division 1 Women’s season.

The Adcon Group of Companies are a National concrete structure company, who have recently established Adcon Vic in the Victorian market.

They were each champions for Port Melbourne on the field, and now three of the club’s greatest ever will be hoping to make an impact together off the field.

Sam Dwyer, Shane Valenti and Robin Nahas have been confirmed by Head Coach Gary Ayres as the three-pronged assistant coaching team to aid Ayres in working with the 2019 crop of Borough players.

PRESIDENT Michael Shulman says Port Melbourne will hold off on contract talks with coach Gary Ayres until the end of the season.

Shulman said Ayres was keen to discuss his future “sooner rather than later’’ but the club believed negotiations should start when Port’s season finished.

Ayres signed a one-year deal a few weeks after the Borough’s stunning 2017 premiership.

From the Port Phillip Leader
Reported by Paul Amy

TWO weeks ago Isaac “Izzy’’ Conway was consoling his sister Sophie after she suffered an ACL injury while training with Richmond’s VFL Women’s team.

She was to make her debut for the Tigers the following day.

Now the 19-year-old Brisbane player must sit out the 2019 AFL W season.

Last Sunday the fickle finger of fortune dealt the Conways another blow when powerful Port Melbourne onballer Izzy sustained the same knee injury, cutting short what was shaping as a best-and-fairest year for the Borough.

Conway hobbled off the ground in the second quarter against Box Hill Hawks at the City Oval. Scans the following day confirmed he had ruptured the ACL in his left knee. IT has been booted off its ground for the third time season, but Port Melbourne Football Club is likely to get some good news about North Port Oval next week.

Port Phillip Council this afternoon confirmed it was trying to bring forward the planned reconstruction of the playing surface to this year.

If funding for the multimillion-dollar project is approved at a meeting on June 20 the works will start at the end of the season.

MORE than a year on, Craig McRae remembers the loss acutely. It was accompanied by the beating of drums on the Frankston hill.

The Brisbane premiership star was three games into his role as Richmond’s VFL coach when the Tigers were toppled by the Dolphins.

“We did it!’’ timekeeper Michael Robinson fizzed on social media after the Dollies came from 29 points down at quarter time to win by 13.

McRae regards the match as a pivotal moment in Richmond’s rise in the VFL.

From defeat emerged a resolve to get better.

“It was their (Frankston’s) first win in, I’m not sure how long,’’ McRae was saying at the VFL grand final press conference at Carlton on Wednesday.