Borough captain Toby Pinwill gets away a handball against Footscray this season.

There is a little bit of history between Toby Pinwill and Box Hill Hawks.

In the past decade Pinwill’s Port Melbourne and the Hawks have played out a series of enthralling matches, in home-and-away rounds and especially finals.

If Borough video man Cameron Towson was to cut a compilation disc of them, he would have much material at his disposal; nothing in the VFL rivals the recent Port Melbourne-Box Hill Hawks rivalry.

Pinwill has been at the heart of the battles, brick-hard in his approach and often among the best players on the ground.

The Box Hill president, Tony Pinwill, has presumably been impressed by the Port No 10. Tony is Toby’s uncle. He’s always pleased to see his nephew have a good day, but he’s happier still when the Hawks can squawk about victory.

The Port Melbourne Football Club wishes to advise that club legend Bob Bonnett has been battling ill health for some time.

Recently, Bob was admitted to St. Vincent’s Private Hospital and at this stage, is unlikely to return home.

Our prayers and thoughts are with his wife June, and the family.

We will also endeavour to provide further updates as they come to hand over the coming days and weeks. 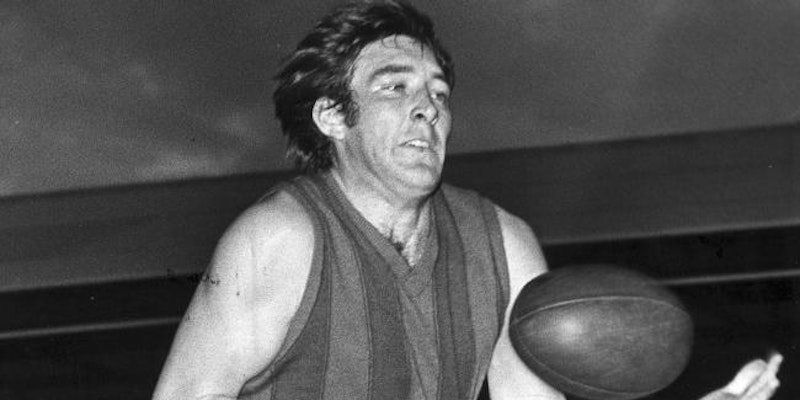 Come along to the Sandridge Events Centre after the Borough's Round 17 home game against Coburg for a formal tribute to arguably our club's most decorated player, Fred Cook!

Carlton midfielder Nick Graham enhanced his hopes of a senior recall with an impressive performance in Saturday's VFL season opener against Port Melbourne.

While the Northern Blues were beaten by 29 points at North Port Oval, Graham finished with 37 disposals. His work at the stoppages was strong and he provided plenty of drive on a wet afternoon when the Borough faithful rallied around their club on a "Call to Arms" day.

“I love him,’’ the Port Melbourne mentor has said more than once in the past few months, reflecting an affection that coaches reserve for players who won them premierships.

But Ayres has applied some “tough love’’ to Valenti as the two-time JJ Liston Trophy winner embarks on a comeback to the VFL at the age of 30.

He joined Noble Park in 2015, only to suffer a serious injury to his left knee.

After a reconstruction, Valenti resumed playing last season at Old Haileybury in the VAFA. But as early as last September’s Liston count he was making noises about rejoining the Borough.

He signed a few days ago after a pre-season in which he admits he had some “touchy’’ talks with his 2011 premiership coach.

Valenti said Ayres presented him with “what if’’ scenarios that he sometimes didn’t want to hear.

What if you’ve lost a bit of your nip?

What if the knee doesn’t hold up?