WERRIBEE coach John Lamont referenced mosquitos and camels in a bid to inspire his team to victory in Sunday’s VFL clash against Northern Blues.

“Who’s been bitten by a mosquito? All of us, we all have been,” Lamont said to his players in the three-quarter-time huddle.

“Not many of us have been bitten by a camel, have we?

“It’s the little things that bite you.”

Lamont’s address has since received plenty of attention on social media.

“It’s the little things that bite you — that was the crux of it,” he said today.

“As a coach you use things like that. It might resonate and stick in their head a bit more.

“They had a bit of a laugh and took the piss out of the coach a bit afterwards, but hopefully it sticks with them a little bit.

“I felt that we just made a few little errors that were costly. 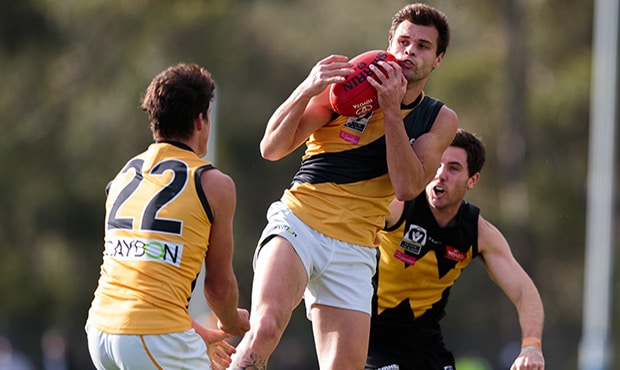 Richmond’s VFL squad has suffered a crushing 96-point defeat at the hands of Werribee at Avalon Airport Oval on Saturday afternoon.

The Tigers struggled to match Werribee’s intensity early, with the home side piling on six goals to one in the first quarter.

Werribee took a 32-point lead into the first break, and continued their ascendancy for the remainder of the game, keeping Richmond goalless in the third quarter.

VFL coach Tim Clarke attributed the loss to his team’s inability to gain any control of the contest. 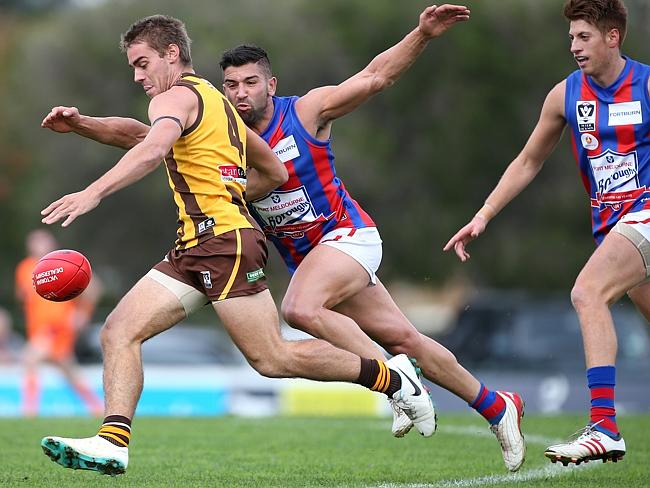 THE VFL investigated an incident that saw North Melbourne’s Majak Daw knocked out behind play in a practice match last week.

But it won’t be taking action against St Kilda’s Josh Bruce after inconclusive video failed to show anything untoward in the Werri-bee-Sandringham clash at Moorabbin last Saturday.

VFL state league and talent manager John Hook confirmed an investigation had been launched after an umpires report detailed Daw’s injury. But after looking at two different versions of video Hook insisted the VFL did not have enough evidence to take the matter any further.

“There was no formal complaint and we acted off an umpires report in trying to get to the bottom of the incident,” Hook said.

“There was a little bit of footage we have looked at, but we couldn’t really see anything other than the two of them bumping into each other.” 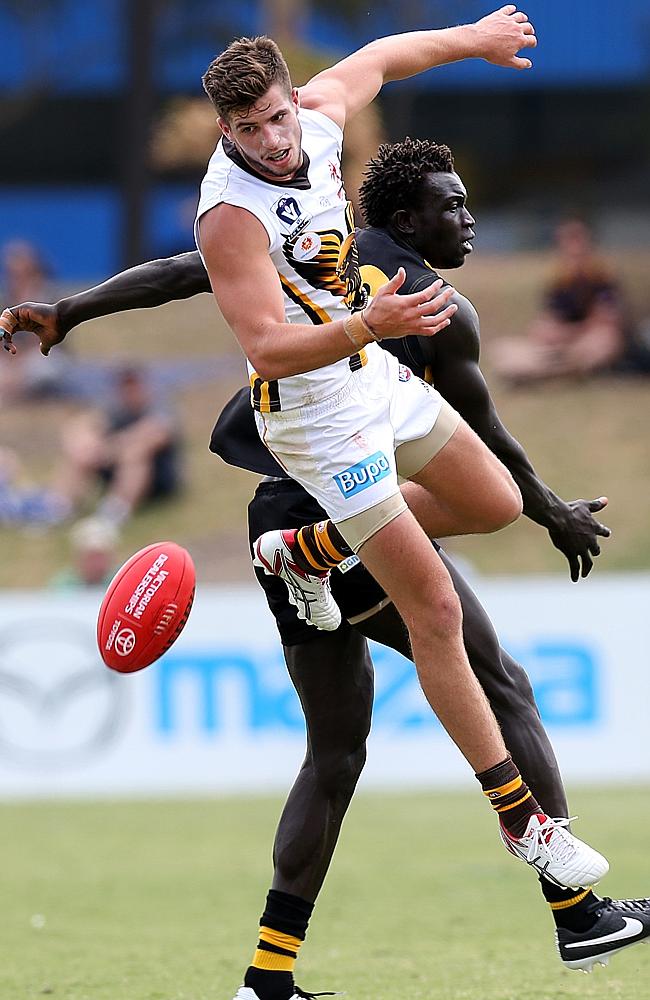 “On the video evidence we have before us, I couldn’t cite anyone on that.”

North Melbourne would not be drawn on the incident yesterday, saying it was in the hands of the VFL. The Kangaroos do not intend to take the matter further.

WERRIBEE has fallen at the penultimate hurdle four times in the past six seasons.

But new coach John Lamont, as passionate and knowledgeable as they come, quickly points to achievements often glossed over.

The 45-year-old was a member of the Tigers’ one and only premiership team from 1993 — he described himself as an outside midfielder and forward in those days — and he is keen to add more silverware to the trophy cabinet.

But Lamont does not promote a win-at-all-costs mentality.

“We haven’t had the ultimate success in our competition, but we’ve got to the prelim final and we’ve had players drafted,” Lamont said. “If you’re doing that, then you’re filling a big part of your brief as a footy club.

“It’s a special thing to have been involved in a premiership here. It’s also disappointing, at the same time, that it is the only one.